​​​​​​​Writing this book in 2019 and 2020, the author applies Catholic apologetics to prove God's existence and then turns against Him  by observing the stars to call down fire from heaven in real time. The author calculates the number of the beast and is ultimately seduced by the Satan to demonstrate its power. The book journeys from traditionalism to liberalism and ultimately into Satan's theological manifestation. An exposition of the Catholic Church and how the removal of the Mandate of the Latin Mass at Vatican II brings about the revelation of the lawless one, which in turn has implication for the issues regarding Israel/Palestine. The architecture of 666 is explained. 666 was calculated to Mars 360, which is essentially the revolution of the planet Mars around the Sun and its influence on humanity. In the book, there are many astrological examples that statistically correlate the position of Mars with individual inclinations and events happening on Earth. There is significant correlation between the position of Mars and the number of rockets that are fired into Israel during the year. Mars 360 is described as both the Christian and Muslim Antichrist.

"Ares Le Mandat" teaches a new way to look at the world, relegating humans to cosmic influences--positive and negative charges. Here is an example of what I mean.

Here is Bernie Madoff's astrology chart. https://i.imgur.com/FnT0P2O.png Based on that natal chart, He would be classified as a Mars-1 according to the book Ares Le Mandat. This classification would outrank any other aspects of his identity in terms of race, religion, creed, age, gender, etc. Under the Mars 360(Mark of the beast) system, he would have never defrauded anyone and would have been classified as a Mars-1 from birth. Society would have taken care of his innate outlook from an early age--tailoring his schooling and environment to dealing with the symptoms associated with that astrological placement. You can understand what I mean here in the gist of the Mars 360 system. https://www.academia.edu/44139419/The_basic_gist_of_the_Mars_360_system It shows how humans would be classified and dealt with. Its a form of political sociology

In the book, "Ares Le Mandat" every human is relegated to the influence of the planet Mars. (Mars is said to influence low grey matter volume distribution in the brain) This influence manifests differently amongst the human population. Mars influences some to be antagonistic to different groups, others to be antagonistic to different individuals. It influences some to be antagonistic to change and others to stagnancy. It's all laid out in 6 different categories and allows for a wider perspective of the human condition, thus opening the door to understanding and improvisation. This construct allows the individual to navigate through life accordingly, adjusting his own behavior to the situation he faces.... catering to the human archetypes in his space according to the Mars number they wear.

Historically humanity has fostered a race-driven ethnocentric perspective. "Ares Le Mandat", however, introduces the idea of the cosmic-driven perspective. Unlike qualities of ethnicity or nationality which bind peoples and groups together, "Ares Le Mandat" introduces a way for humans to become cosmically driven, dividing themselves based on natal astrological factors such as where Mars was situated at the time they were born. This outlook fragments the entire human population into 6 cosmic races that are all defined by their natal astrological Mars position, putting humans into a segment in which everyone within that segment would share a similar personality trait and outlook. This ideally would override the ethnicity and nationality factors and bring the world under one construct, without dissolving the boundaries of contemporary society.

The importance of this is that if psychology and sociology continues to be outpaced by the advances in technology, war will continue to grow more and more devastating. "Ares Le Mandat", while a Satanic/occult source, contains a corpus of perspective on the various human outlooks and the intricate dynamics at work when people come together and also when they drift apart. With the rise in mass shootings and blind ethnocentrism, the urgency of psychoanalysis and psychology cannot be understated. It's the only way to transcend the vagaries of human society.

​
Mars 360 is a formulated and hypothesized global social accord ideally operable under the same principle as the Paris Climate Accord, which attempts to integrate all nations into a common cause without undermining national sovereignty. The Mars effect on human behavior inclines each individual toward certain predispositions that lend itself to fundamental outlooks which carries with it... a high degree of inflexibility. This inflexibility plays itself out in various political and social stances like socialism, pacifism, capitalism, liberalism, conservatism, libertarianism, etc, but is actually the result of Mars's permanent influence on the human brain. This gives rise to the idea that while certain stances are different in external display, they are at the same time fundamentally backed by the same source(to varying degrees of course)....which is Mars.

The book is available on Amazon(use the free "look inside" feature to see the Author's note about the essential chapters to read and also search any content you may be interested in).    https://www.amazon.com/dp/B08Z2YNJ5S

or can be read for free at SSRN's E-Library https://papers.ssrn.com/sol3/papers.cfm?abstract_id=3775816 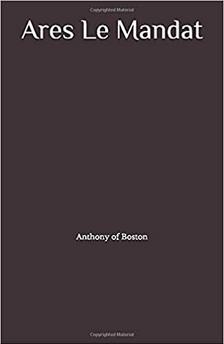